When the underdog bites,,,,,,,it hurts

You know sometime something can be more exciting than sex, seriously, i woke up at 5.30 am this morning not to get sexy with my lovely wife, but i wanted to be thrilled by two men in the wee hour of the morning.

All right, the only reason that i woke up so early was to catch the US Open 2009 live from New York between Roger Federer and Juan Martin del Potro. It was really worth waking that early because the match was simply awesome and a sheer drama.

Federer was slated to win the championship, vying for his sixth US Open title to be exact, against Del Potro who has never won a Grand Slam before, and just when i thought Fderer could clinch the title once again, it looked easy then for him, there came the onslaught of the undergod denying the victory sooner than Federer wanted it.

The underdog dragged the game to a tie-break on the 4th set and won it, forced the match to be played into the 5th and Del Potro the underdog hammered Federer 6-2.

Ha ! what a wonderful term The Underdog, and in life sometimes, dont you think it is nice for us to be the underdog, with no worries and with nothing to lose, we just go out there and do the best we can, even if we are up against the so called favourite.

Federer indeed was the favourite, and because he was the favourite and when he was dragged, he made kinds of mistakes a pro like him should not have made, as compared to del Potro, he really had nothing to lose, he didnt have to be to careful with his strokes, just attacked and he won it.

Q) Were you ever been in any situation before where you were considered an underdog? 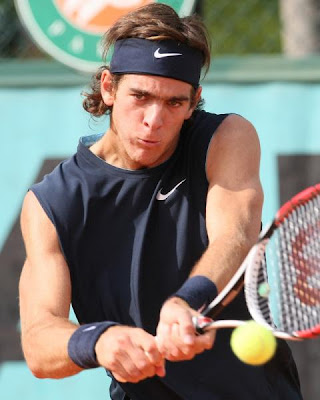 P/S : When you charge forth as if you have nothing to lose, that's when you gain