May be this is the beginning of a Pathologist in the making.....

Something has always amazed me as far as Marvell is concerned, I remember when he was like 6 years old, when asked what his ambition was,he would say a doctor, so we would leave it as it was,a mere childhood's wishful dream.

As years meanders by till now, whenever he is asked again about his ambition,he would adamantly say a doctor but this time he is more objective which kind of medical faculty he would want to get involved in, he aspires to become a Pathologist,the investigative one.

I was rather amused by his "weird" aspiration, there was a few times, when I asked him why did he have this "penchant" to becoming a Pathologist, I must admit I really like his one and only reason for it, he'd always say this................"Every Death Must Be Justified".............man I really like this.

Just got his UPSR exam result and he scored a straight As and I am sure for this week,he can watch all the Crime Scene Investigation series till his heart's content. 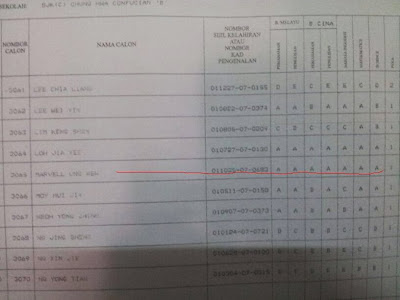 Thank God for my boys and a big thank to all his teachers and friends who always support him.......appreciate it.

P/S : Marvell, you have done yourself proud

Posted by Unknown at 10:54 AM
happy child Marvell UPSR