Last Saturday (23rd of June 2012) I attended a wedding dinner, a wedding dinner which I think the best that I've attended so far,not because of the foods(so so only), the place,(less than desirable) , it was the best simply because there were tales to be told from this wedding.

" We are so old already and my days are already numbered, I am so happy that I can still live to attend my nephew's wedding some more, all those long time unhappiness, just forgive and forget lah" Period. That's what he told me and that's what I believe.

Now on the contrary, it was to me a wedding that still laced with a little bit of sadness.Thomas (my cousin,the groom) went to his only brother house to invite his ONLY brother to his wedding last week but he was shut out. It was a misunderstanding between them years ago but his older brother still chose not to forgive... I know the both of them but to me could it be so hard to forgive and live on with our fresh and blood?

Okay, this one really gets to my nerves about selfishness. When I asked my brother if he was going to attend Thomas' wedding, he said this to me." I cannot eat those food lah (he just recovered from the C), so no point I go lah." I was furious with him,then I said," Bro, remember Thomas' mother, your aunt treated you so well, when you were younger, how can you not attend her son's wedding just because of the foods?" .............You know I just hate selfish people. 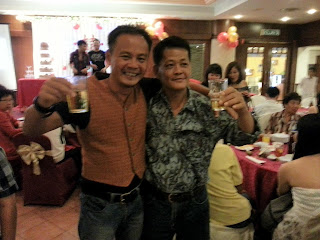 I was so happy to meet up with my another cousin,after so many years (he said he could not recognize me but that does matter, we are still cousin) 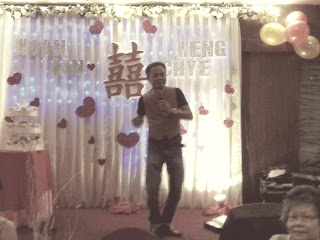 I really don't mind, gracing the stage with a song and make a crown out of myself, simply because how many cousin's wedding is there left for me to attend, right? 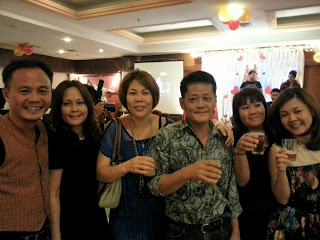 The best wedding I attended so far,simply because it was a meet up and catch up time with my other cousins as well, I could still remember I used to play in their padi field when I was like 11 or 12 years old) 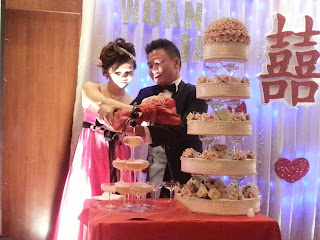 May God bless you Thomas and his lovely wife and I hope one day your brother will just forgive and forget...


P/S : Now I know, to live a life without regrets is better than those money in the bank