Year after year,same same one

So the Auditor General's report came out on Monday, as expected same same one lah,I don't know about you but to me I felt frustrated,angry and disgusted to say the least.

You see the gomen on one side ask us to tighten our belts but just look at the way how they use the "people's money",you really feel like giving them a big knock on their stupid brains, you probably have read those outrageous and absurd purchases made by certain gomen agencies..one oven market price..RM400 + but the smart ones bought it at about RM1200, they spent millions to buy horses but eventually the horses also cannot run one. 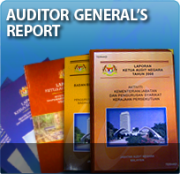 Now I really wonder for those who were authorized to make those "stupid purchases" would they be as stupid if they were to use their own MTF money to buy a RM400 + oven for RM1200? I don't think so,do you?

I bought a brand new Toshiba notebook for my boys the other day,first thing I did,I compared prices, I asked for freebies, I checked the specs,I asked for extended warranty and finally I decided to buy it,and I would not be damn stupid enough to pay RM20,000 notebook,where else it was only RM2299,why? Because it was my hard earned money lah

Now the sad thing is,despite the apparent,blatant and obvious abuse of "public fund" ,no one seems to be held responsible for the misdeed,how nice that can be,right? That's why year after year, same same one lah.

P/S : With power,they make us powerless but with one vote, they can't continue to bully us so
Posted by Unknown at 8:24 AM